Finding content to repurpose is a big part of what I do. One of the best sources of free content that can be reused, resold, and repurposed is the public domain.

Unless the laws change again, we can expect additional titles to be released every year. Since we’re at the beginning of 2020, I thought it would be helpful to let you know about some of the works that were released on January 1. These works were all created and copyrighted in 1924.

Public domain books and literature are a wonderful resource for everything from quotes to characters. I’m going to highlight a few of the works that are particularly well-known and interesting, and then I’ll link to the rest of the titles in each category.

You can find a full list of the books, plays, and poetry released into the public domain in 2020 here. They include works by Edgar Rice Burroughs (Tarzan), Mark Twain, and Herman Melville.

You can find a full list of the musical compositions released into the public domain in 2020 here. Again, remember that this release applies only to the composition, meaning that you may use the sheet music, lyrics, or create new recordings. Recordings of these songs made in 1924 will not be in the public domain until January 1, 2025 under the Music Modernization Act.

One of the exciting things about the new and upcoming public domain releases is that they include many well-known films. Here are some of the most recognizable titles released in 2020:

The release of these films into the public domain means that you may use clips and still images from them in your own works. Keep in mind that it’s always a good idea to add something unique to the content you use if you expect people to pay for it. You can find a complete list of all the films created in the United States in 1924 here.

Copyright protection also extends to visual art. I love using artwork in my publishing. Here are some of the works of art that I’m excited to see come into the public domain:

The artwork category includes paintings, illustrations, sculptures, and photographs, You can find a complete list of artistic works copyrighted in 1924 here.

Other Works to Consider

Literature, Music, Film, and Art are the major categories that cover most public domain works. However, you should keep in mind that there are thousands of titles that I didn’t have room to include here. For example, anything published in a periodical in 1924 is now officially in the public domain.

My suggestion is that you spend some time exploring the newly-designated public domain works. Make sure to research everything thoroughly to avoid potential pitfalls. I think the two biggest areas of concern are works in a series and works that have been adapted. You’ll need to be careful, but provided you do the legwork, you can use public domain works to build your publishing business. 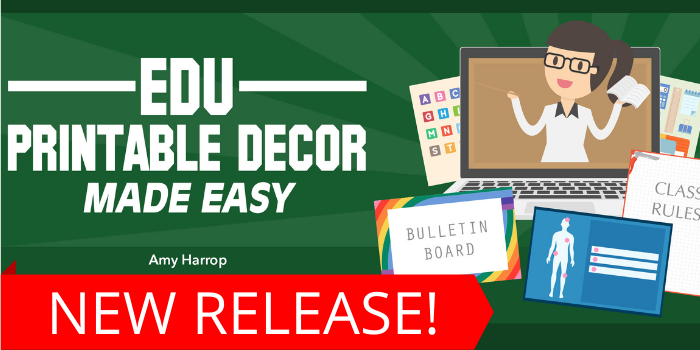 Millions of Customers are Searching for These on Multiple Marketplaces…Publish Once and Sell Over and Over Again.

Discover the Secret That Will Allow You To Drag-and-Drop Your Way To Publishing Success… This is a one-stop shop for all your design needs. Free graphics, tons of DFY templates, …
Learn More

Tap Into This ‘Secret’ That Turns Easy Content Into In-Demand Goldmines…. And Where There Are Over 45 Million Repeat Buyers  …
Learn More